From 03-18.12.2013 we worked with wounded Syrians and children from refugee families in Soueleh at the House of the Syrian Wounded in Amman. The children were brought to us by members of the volunteer team. 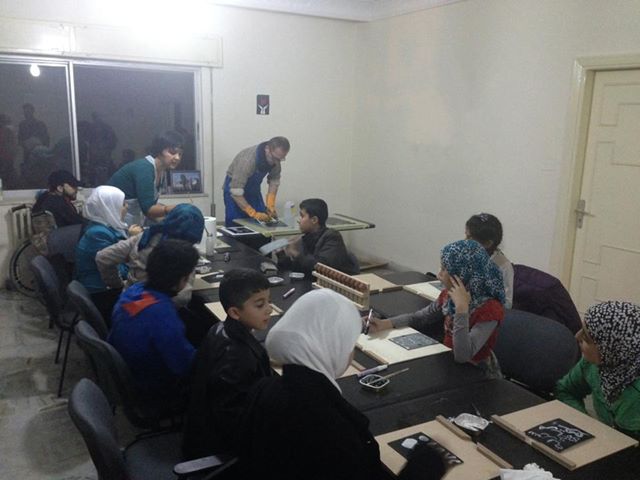 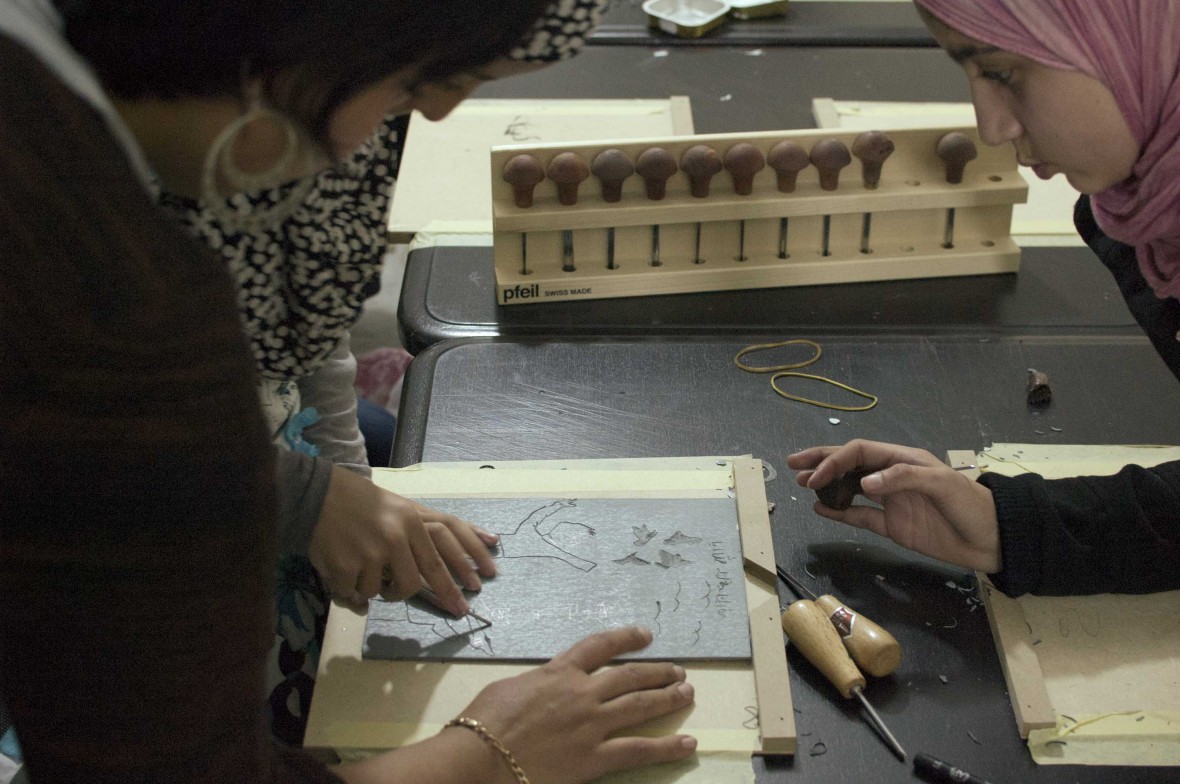 Learning how to use the knives. 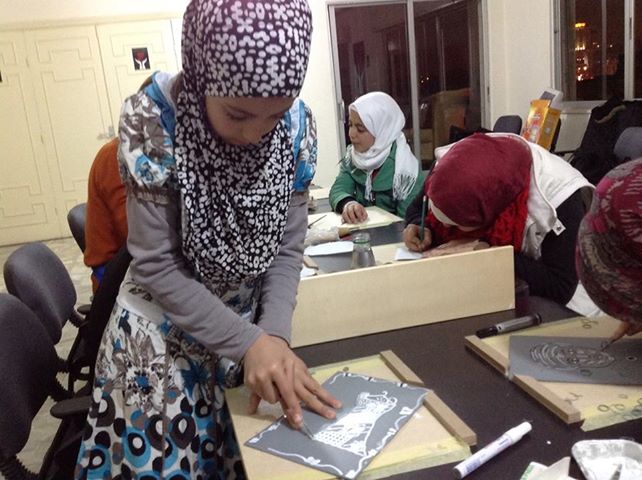 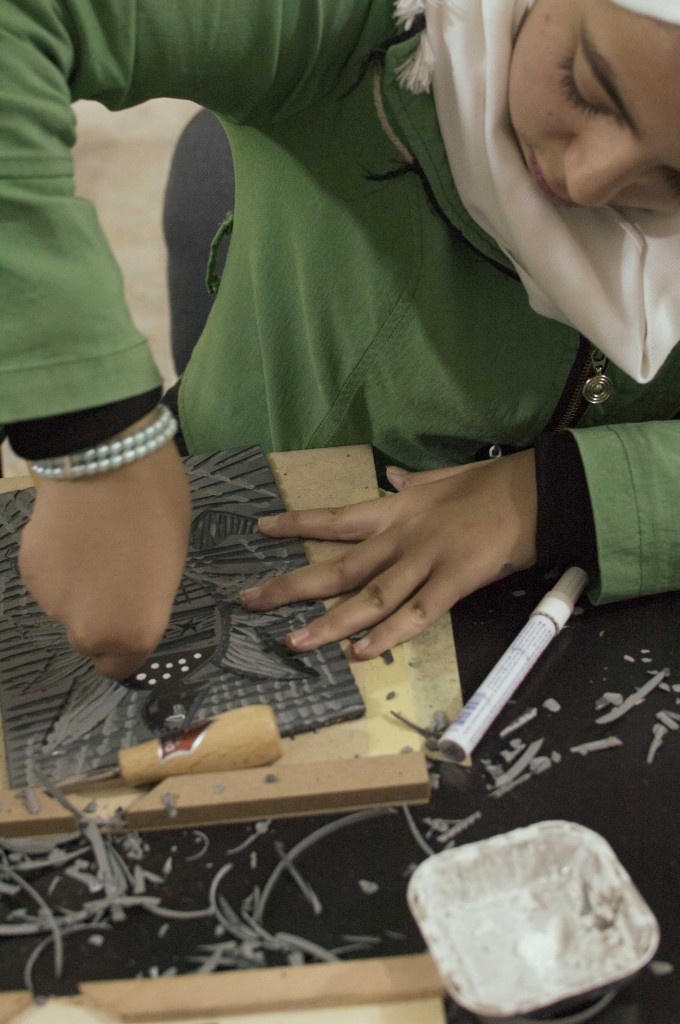 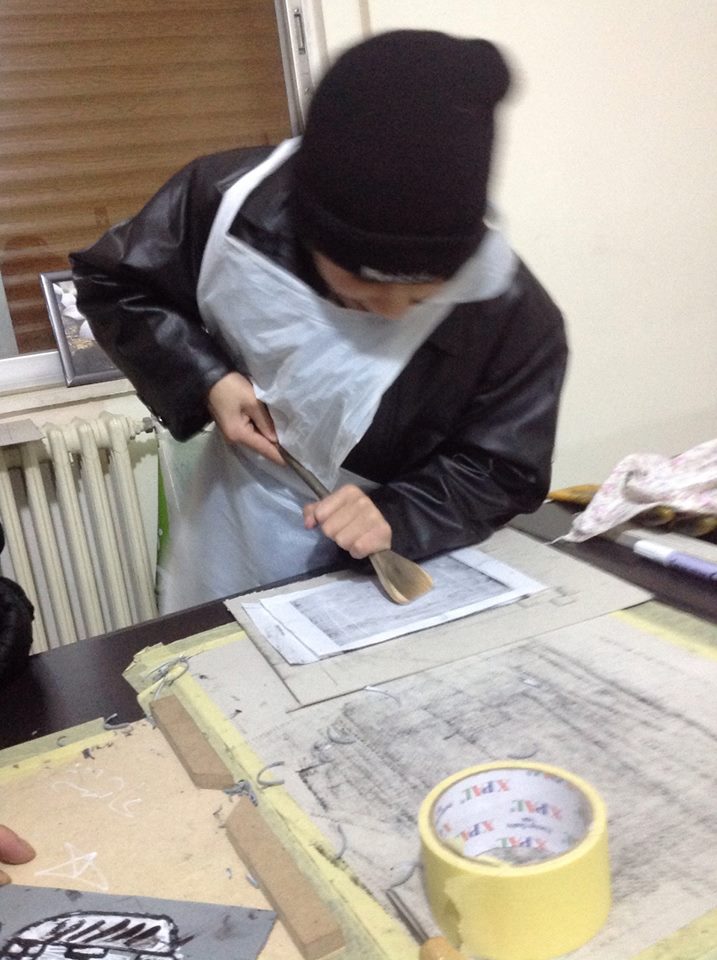 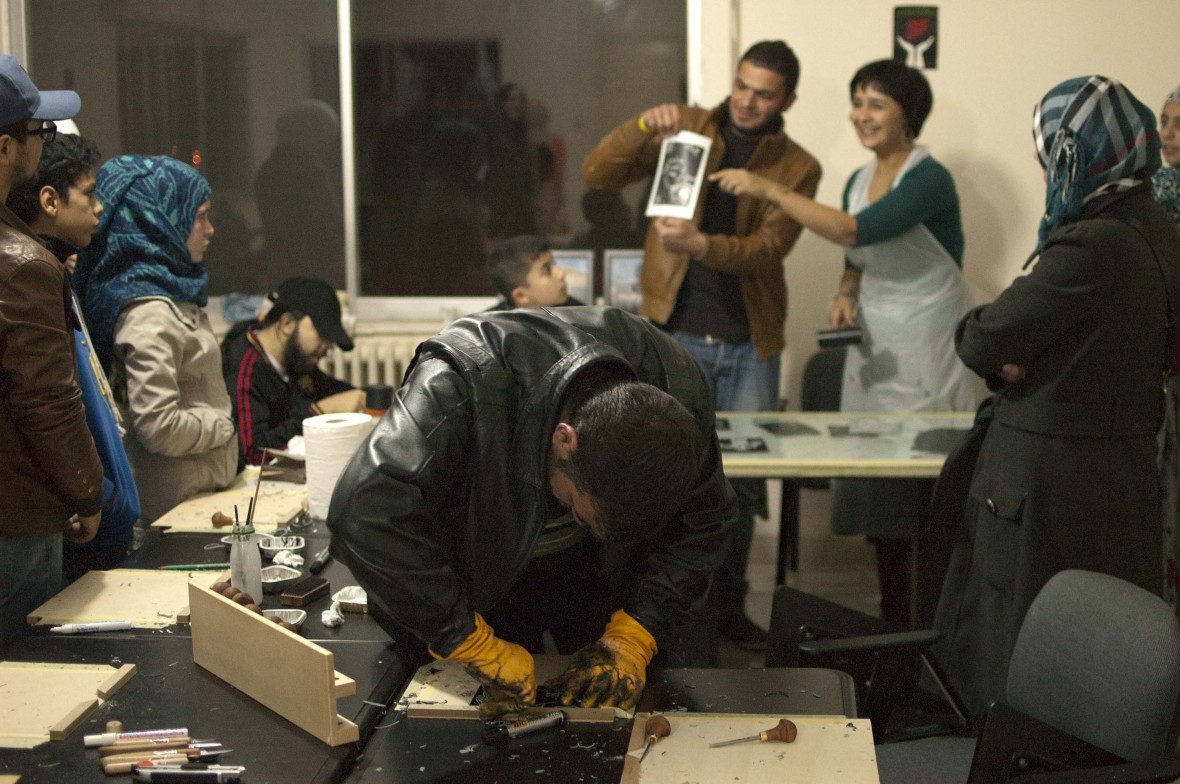 After a while, even the sheikh (with yellow gloves) from the building where the refugee children live, insisted on making a linocut. 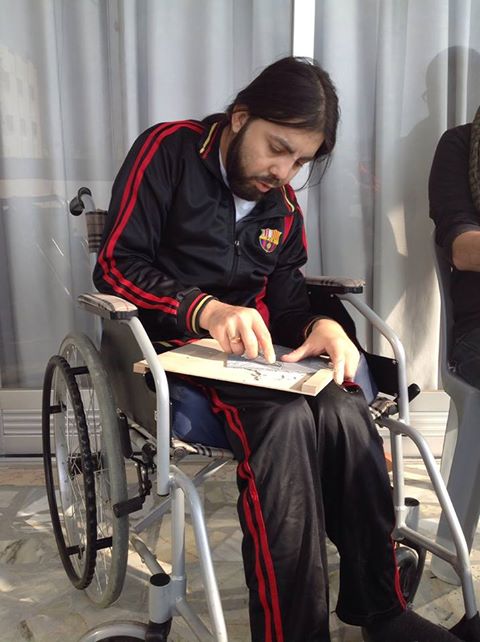 Our first day with the wounded men. 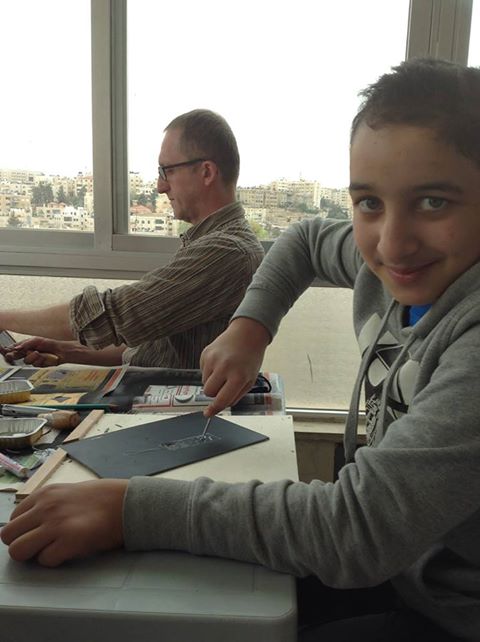 Abu Fraise, who only has the use of one arm, working on the picture of his father’s cordless phone. 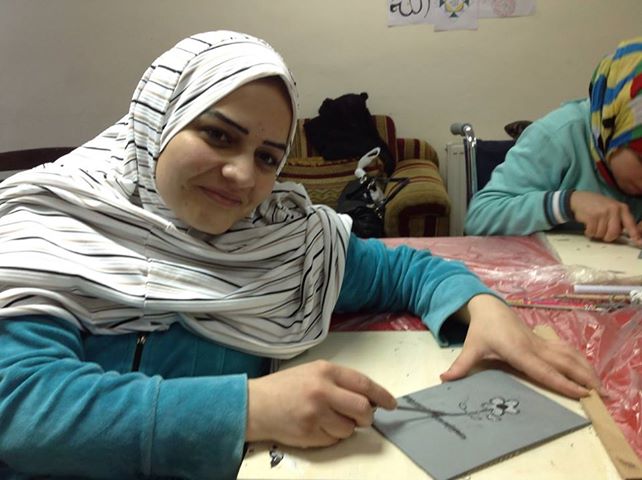 Our fist day with the wounded women. At first this lady didn’t want to take part because she can’t sit for long and because she said she can’t draw. She bacame one or most enthusiastic artists and carried on working away in bed. 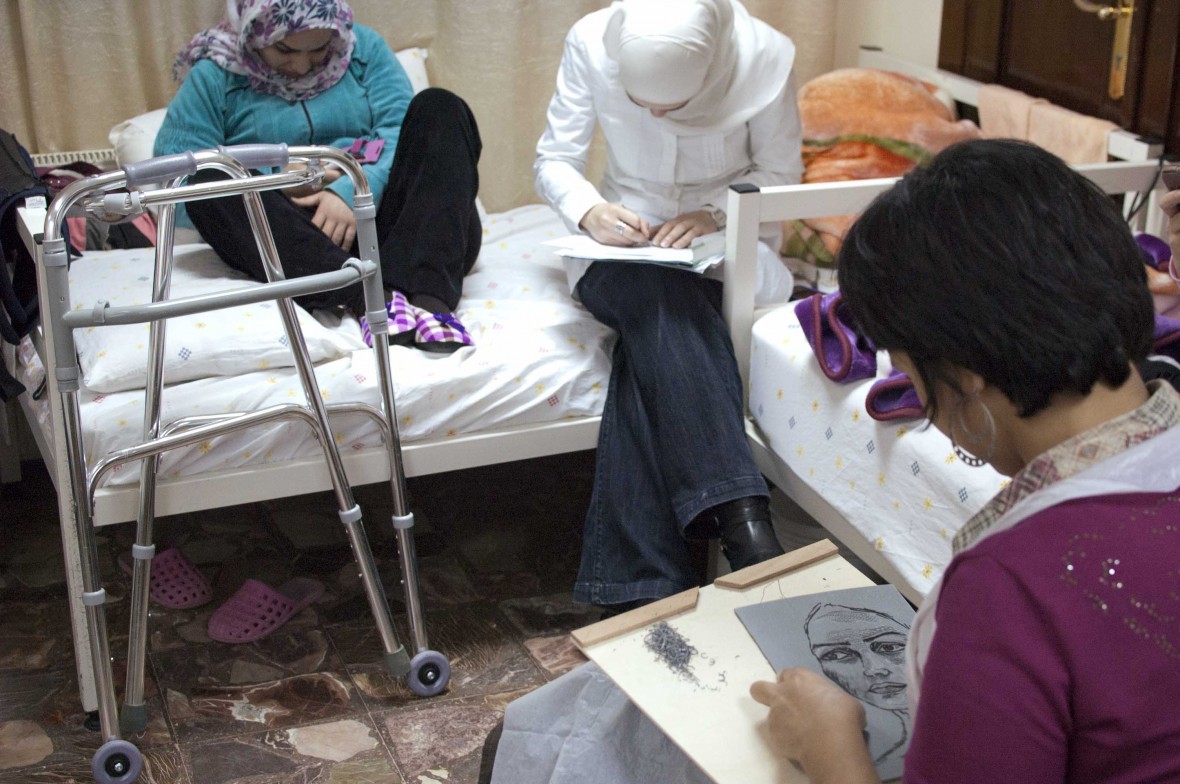 Working on the portraits of the Syrian wounded. 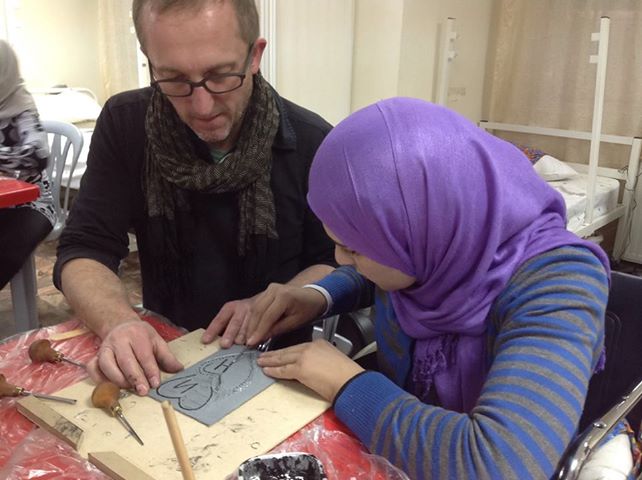 A. had to stop working at regular intervals because her body was paralysed by unbearable pain. When lunch was served she didn’t want to stop to eat until she hat finished cutting the two hearts, symbolising her daughters, into the linoleum. 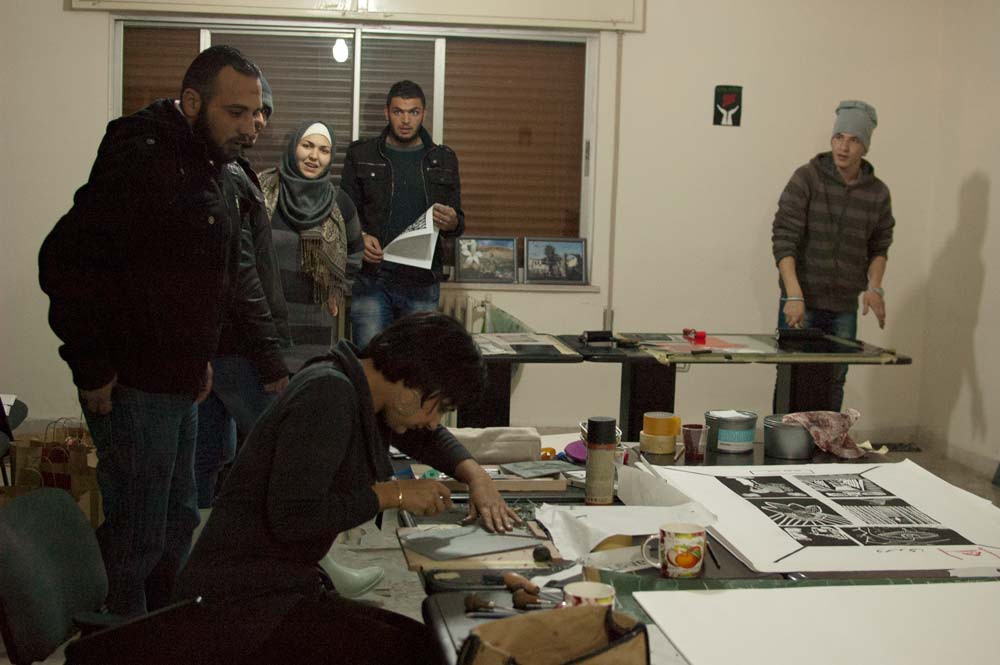 17.12.13 The last day in the workshop before our exhibition. 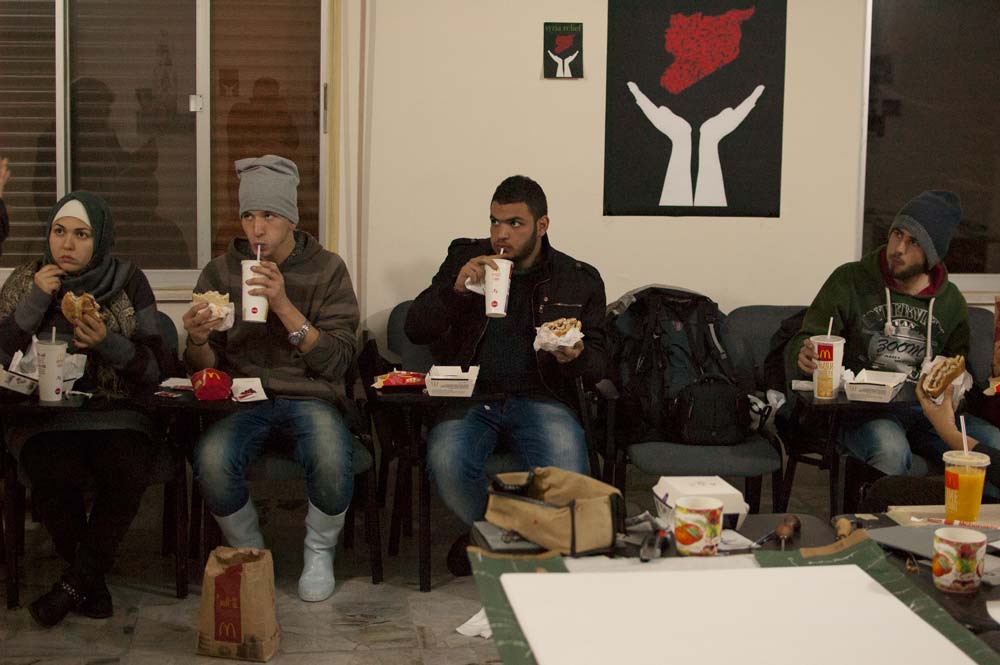 After a hard day’s work, dinner time for the Team.